Published by Carnagie Endowment for International Peace on October 26, 2020 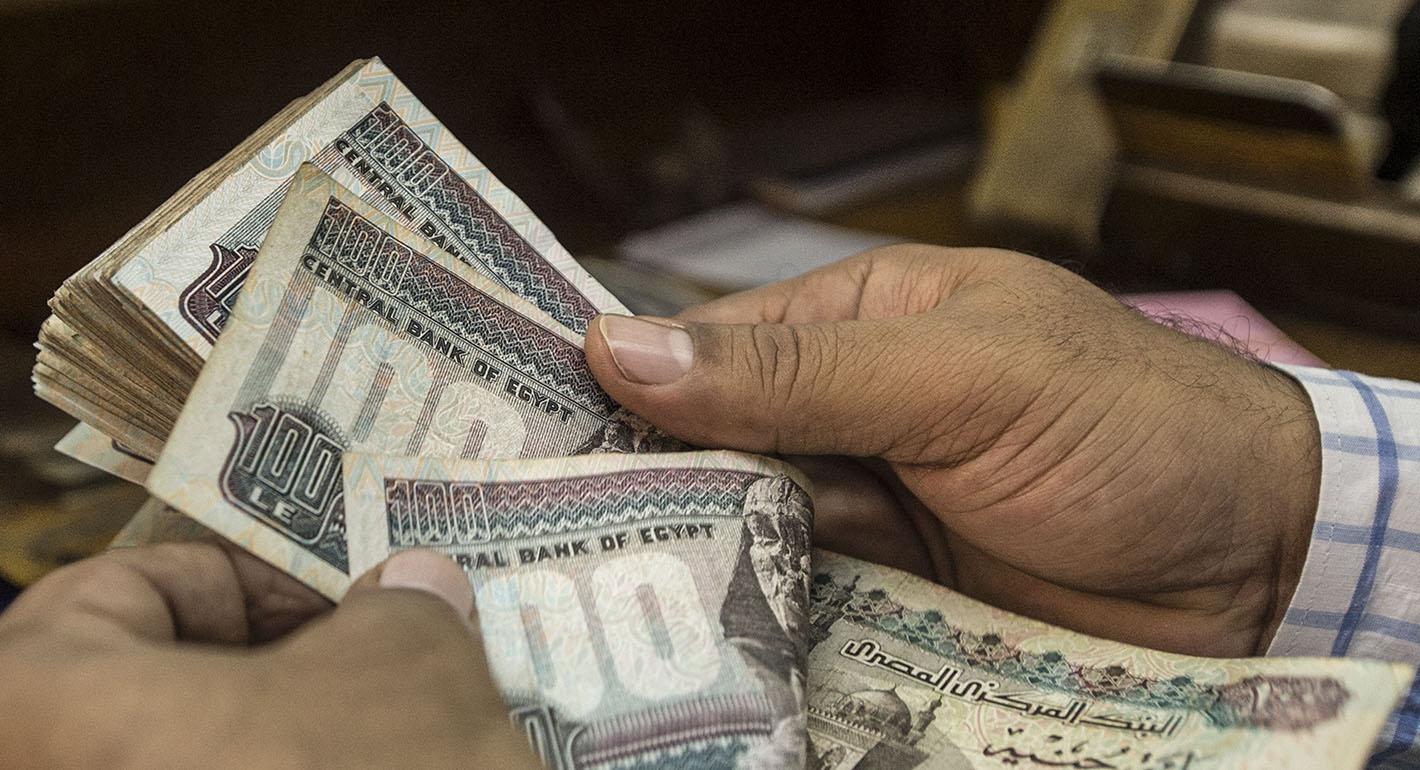 The recent expansion of Egypt’s military economy raises two important questions of political economy: why do some armed forces instead take over and rule directly, and why are some armed forces in business? Military officers in Egypt (2013), Algeria (2019), and Sudan (2019) overthrew civilian elites to hedge against democratic movements that threatened to downscale the military. These new military regimes then expanded their business interests to sideline cronies of the civilians they overthrew. But these business-oriented military regimes will be hard-pressed to implement the reforms necessary to stimulate growth.

There is increased diversity in the military’s role in governing countries in the Middle East and North Africa region. In some countries, armed forces have assumed direct power after a coup (as in Egypt, though Algeria, Iran, and Sudan all came close). This has not happened in other countries, such as Morocco, which has remained relatively stable, or Tunisia, which witnessed regime change in 2011.

Logic from game theory helps explain this variation. Compared to military dictatorships, civilian rulers can enlarge the economic pie by cooperating with the civilian economy more than military dictatorships can—to caricature, civilian elites use carrots and sticks, and armed forces use only sticks. This explains why in many countries, as in Turkey in the past, armed forces may rule, but they rarely govern. An optimizing civilian government, subject to a coup constraint, uses one of two strategies: maintain a weak military or, when a large military is needed (because of external threats or to repress the population), treat it so well that it does not rebel.

This theory can explain why civilian elites often survive without coups. In Algeria, Egypt, Jordan, Sudan, and Syria, civilian elites managed to finance generously a relatively large military by using external rents. In contrast, in Morocco and in Ben Ali’s Tunisia, the military was kept relatively small.

The oil boom of the 2000s allowed military-supported regimes to finance large security forces generously enough to guard against insurrection. The collapse of oil revenues in 2014 (or as early as 2011 in Sudan) made civilian elites predictably reluctant to reduce direct funding to the military. And, when elites could not maintain this direct financing, they moved to allow armed forces to finance themselves directly from markets.

The oil price drop hit Algeria in 2015. Oil revenues shrank by half from 2007 to 2017. The country has chosen to finance large fiscal deficits with accumulated reserves, but this cannot continue for long. In 2017, Algeria’s armed forces were the second largest in Africa, after Egypt’s. Its military spending rose fast, from 8 to over 15 percent of total government expenditures between 2008 and 2017. Because overall government expenditures also rose, from 35 percent of GDP in 2006 to nearly 42 percent in 2015, 1 defense expenditures exceeded $10 billion in 2015, double the 2008 level.

In contrast, in Egypt, the so-called officers’ republic, the official military budget was surprisingly small. According to World Bank data, military expenditures as a share of GDP fell from a 1984 peak of 8 to around 2 percent in 2015, a fall directly related to the rising tightness of the country’s budget. Former president Hosni Mubarak’s main concern throughout his reign was to lower public expenditures. He inherited a state that spent 62 percent of GDP in 1981, and managed to reduce this by about half, to 33 percent, by the time he was deposed. 2 He therefore had to increasingly find new ways to keep the army content.

Why did armed forces replace faltering autocracies in Algeria, Egypt, and Sudan in recent years, but not in Tunisia? All four countries experienced social movements driving toward democratic regimes. Algeria, Egypt, and Sudan had large armed forces that civilian elites treated well to keep them from rebelling, while Tunisia had a small army. During a transition to democracy, a strong military is motivated to undertake a coup when it knows that a democratic government will downscale it rather than commit to keep overpaying its officers. In such a situation, an aspiring democratic regime has an incentive problem, as it cannot credibly commit not to reduce funding to the military when it takes over. Indeed, deposed Egyptian president Mohamed Morsi forcefully reduced the size of the military, from 6 to 4.3 percent of public expenditures, in an attempt to weaken it.

In the three countries where armies led counter-democratic coups, they managed to preserve their budgets and economic positions. On the other hand, democratic Tunisia actually increased its military budget in response to increased security risks, which further wedded the interest of the military to that of the new regime.

On the other important political economy question, some armed forces are actively engaged in business, while others are not, and the incentives to do so are different before and after coups. Before the removal of former president Abdelaziz Bouteflika in Algeria, Morsi in Egypt, and former president Omar al-Bashir in Sudan, armed forces were in business with the direct or tacit approval of civilian elites in Egypt and Sudan, but not in Algeria.

Being in business was a way to reduce the military’s direct burden on shrinking budgets and to shift that burden to the market. Armed forces could operate where they had unfair political advantages over private-sector competitors.

In Algeria, generous financing from the budget using large oil revenues allowed the Bouteflika regime to dominate the business sector while keeping the military largely out of business. In Sudan too, the army remained financed from state budgets in spite of the collapse in state revenues. However, the Rapid Support Forces, a parallel paramilitary force created to control Darfur, was pushed by Bashir to finance itself through business operations, including illegal activities such as gold and weapons smuggling. In Egypt, in parallel with the scaling back of the state, Mubarak encouraged the military to finance itself directly in markets where it had natural advantages. Over time, he allowed the military to become one of the largest economic operators in the country.

The Military Economy After Coups

After a military coup, however, other motives surface. In addition to finance, armed forces now have a direct interest in reducing political competition by potential opposition movements. Like the civilian elites before them, this meant denying opponents access to financing from the private sector. MENA cronyism is predatory, with cronies placed at the height of the economy in order to prevent large private firms, especially in growth sectors, from falling into the hands of opposition forces. This survival principle has become the impetus driving armed forces into business.

Thus, to consolidate power after their coups, late general Ahmed Gaid Salah in Algeria, general Abdel Fattah al-Burhan in Sudan, and President Abdel Fattah el-Sisi in Egypt have attacked the economic power base of the regimes they replaced by going after their main crony partners, expropriating their assets, putting them in jail on account of corruption, or sending them into exile. These actions weakened the economy. In Egypt, as the army’s involvement in the economy rose, private investment has fallen to 6 percent of GDP, less than its level under former president Gamal Abdel Nasser in the 1970s. 3 In Sudan, it is the paramilitary groups that have expanded their business activities.

Cronyism and the related lack of private sector dynamism and growth were the main cause of the fall of civilian autocracies in Algeria, Egypt, and Sudan. The new regimes are more directly dominated by the military. It is likely that they are less able than civilian elites to manage basic economic relations, let alone complex economic reforms, as amply illustrated in Sayigh’s work.

But here too, the situation varies. The Algerian military has a buffer of about two years of foreign exchange reserves before it confronts head-on the challenge of economic reforms. In Sudan, the economy collapsed and the military had to accept entering into a power sharing arrangement with revolutionary democrats. But in the end, it is hard to imagine that any government that does not derive legitimacy from the ballot box would be empowered enough to implement the complex and painful economic reforms needed to get growth going in the coming post-rentier period.

Ishac Diwan is professor of economics at the Ecole Normale Superieure in Paris, and he holds the Arab Economies Chair at Paris Sciences et Lettres.

2 Diwan and Akin, “Fifty Years of Fiscal Policy in the Arab Region.”