Brexit and the Dismal Reality of “Take Back Control”

Published by Carnagie Endowment for International Peace on October 22, 2020 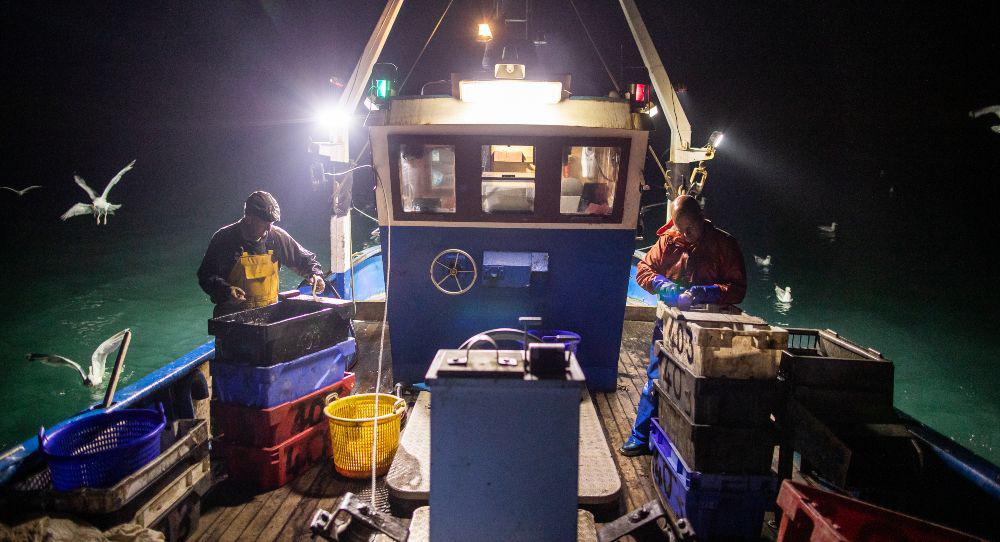 In at least one respect, Britain has gone backward in the past thousand years.

Kellner is a visiting scholar at Carnegie Europe, where his research focuses on Brexit, populism, and electoral democracy.

In 1028, according to legend, King Cnut sat in his throne on a beach in the west of England and commanded the tide to stop rising. The tide disobeyed, and the king had to leap from his throne to escape the rising sea.

The point of the story is not that Cnut was an idiot, but that his courtiers were. They had wanted him to demonstrate his power. Had one of them been an ancestor of Dominic Cummings, UK Prime Minister Boris Johnson’s chief adviser, he would doubtless have told Cnut to take back control. Cnut went along with the ploy, not to show that he was all-powerful, but to prove that he wasn’t.

Today, Johnson lacks Cnut’s self-awareness. Egged on by the campaigners for Brexit, he insists that Britain will flourish, whatever the UK’s relations with the EU will be when the current transition phase—in place since Britain left on January 31, 2020—ends in December.

On October 16, the prime minister warned that the UK might enter 2021 without a deal on the future relationship with the EU and be forced to trade on World Trade Organization terms. With no hint of doubt or irony, he advised Britons to embrace this prospect “with high hearts and complete confidence.”

This was the economic equivalent of promising to stop the tides. King Cnut would never have believed such nonsense.

Delving into the Brexit saga, it is easy to descend into a deep hole and be battered by the arcane details of the current negotiations: references to “Canada-plus,” Australia, equivalence, zonal attachment, energy interconnectors, mutual recognition, Northern Ireland protocol, and so on. Breathe easy: this analysis will steer clear of these complexities.

By the time you read this, the on-off negotiations might have made progress on some of the specific issues that remain to be settled—or they may not.

Either way, Britain’s economic relationship with the EU will change profoundly. Instead of the completely open trade that has characterized that relationship—especially since the introduction of the EU’s single market in 1993—the UK is heading for a hard Brexit. The only question is: How hard?

This matters to many British companies and the workers they employ. On October 21, a consortium of UK and EU manufacturers demanded a UK-EU deal that retained “the seamless operation of supply chains and the modern marvel of just-in-time logistics.”

Such a deal is out of the question. The car industry shows why. It is one of Britain’s success stories. In 2019, it produced more than 1.3 million cars. More than one million were exported—almost 600,000 of them to the rest of the EU. Plainly, the need to sell cars in years to come without tariffs, quotas, or any other impediment is vital.

Vital but, it transpires, impossible. Hardly any—quite possibly none—of those 1.3 million cars were completely made in Britain. Imported components make up a significant share of the car-making process—engines, electronics, shock absorbers, power steering, headlights, air conditioning systems, and the list goes on.

According to the car industry’s trade body, “Imports of automotive componentry have been instrumental to the sector’s expansion. In the aftermath of the financial crisis, access to high quality and cost-competitive parts and components allowed auto manufacturers to become high-value assemblers despite a relatively limited domestic supply chain.”

Here’s the problem. It is normal in trade deals to insist that if country A wants to export its products to its trading partner tariff-free, most of each product must be made in country A. This is usually expressed as a percentage—typically 55 percent—of value added. Most “British” cars fall short of that target. In trade terms, they are not British enough.

Not surprisingly, David Frost, the UK’s chief Brexit negotiator, asked the EU to relax its rules. But on September 7, Frost had to tell the motor industry that the European Commission, which leads the EU’s negotiations with Britain, had turned him down flat. Even if there is a deal labeled “free trade,” British cars sold to the EU will face a tariff barrier.

That example brings us back to King Cnut, the tides, and a fundamental choice that faces Britain over the next few years, whatever happens in the final weeks of the Brexit transition phase.

Britain has always been a trading nation. Before it joined the EU, around one fifth of its economy was imported and a fifth exported. Nowadays, both figures are around one third.

Not only have the proportions increased, imports and exports are intertwined as never before because of the way British industry functions. Moreover, the EU is by far Britain’s biggest trading partner. Forty-seven years after the United Kingdom first joined the Common Market—as the European Economic Community was also called—in 1973, frictionless trade with the EU lies at the very heart of Britain’s economy. It is not the icing on the cake; it is one of the cake’s key ingredients.

Once that truth has been digested, things may change. Over the next five to ten years, it’s likely that the UK will either seek to restore frictionless links with the EU—learning, perhaps, from what Norway and Switzerland have done—or bear the long-term pain of dispensing with the connections that supported Britain’s economy during the single-market years.

Only rejoining the EU would solve that dilemma, but the UK may have to spend some years learning hard lessons about the way today’s interconnected world works before that becomes a politically feasible option.