Heir to the Ottomans

Published by Carnagie Endowment for International Peace on October 16, 2020 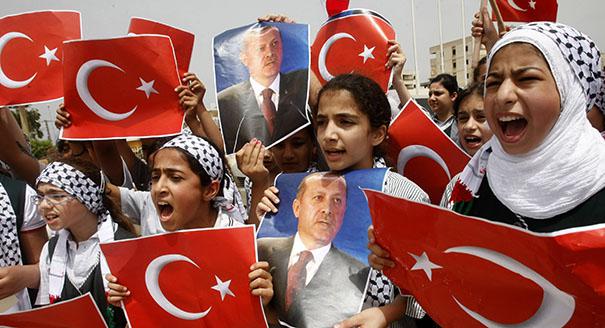 Robert G. Rabil is a professor of political science at Florida Atlantic University. He is the author of numerous articles and books including, Embattled Neighbors: Syria, Israel and Lebanon (Lynne Rienner, 2003), Syria, the United States and the War on Terror in the Middle East (Praeger, 2006), Religion, National Identity and Confessional Politics in Lebanon: The Challenge of Islamism (Palgrave Macmillan, 2011), and Salafism in Lebanon: From Apoliticism to Transnational Jihadism (Georgetown University Press, 2014). He was awarded the LLS Distinguished Faculty Award and the LLS Distinguished Professorship in Current Affairs. He was also awarded an honorary Ph.D. in humanities from the Massachusetts College of Liberal Arts. Diwan interviewed Rabil in mid-October to get his perspective on Turkey’s expanding role in Lebanon and the wider Middle East.

Michael Young: How would you describe Turkish-Lebanese relations today?

Robert Rabil: No doubt, the Turkish relationship with Lebanon improved dramatically following the Syrian withdrawal from Lebanon in 2005. Many Lebanese, with the exception of the Armenian community and more or less the Shi‘a community after the eruption of the Syrian civil war, considered Turkey’s role in Lebanon as cross-sectarian, fulfilled in the interest of Lebanon as a nation and a state. Notwithstanding abundant Turkish support for the Sunni community, especially for the Turkmen communities in Lebanon, Turkish participation in the United Nations force in southern Lebanon and increased humanitarian aid to Lebanon fostered a sociopolitical environment in which Turkish influence has deepened at the grassroots level, especially in Tripoli, ‘Akkar, and Sidon. In fact, Turkey has established a vast network of pro-Turkish civil society organizations working to better the Lebanese-Turkish relationship, improve living standards in depressed areas, and enhance Turkish culture, language, and cultural identity within the Sunni community in general and Lebanon’s Turkmen communities in particular.

MY: Turkey is now regarded by a number of Arab states—including Egypt, Saudi Arabia, and the United Arab Emirates—as a strategic adversary. Why have relations come to this and what are the main causes for this growing Arab alignment against Turkey?

RR: Historically, Turkey had a checkered relationship with the Arab world. However, after the Justice and Development Party assumed power in 2002, this led to a dramatic shift in Turkish policy toward the Arabs, grounded in the doctrine of “strategic depth.” The doctrine emphasized “good neighborly relations” and “zero problems” with the Arab world. But the failure or suppression of the Arab uprisings, including the forced removal of Egypt’s first democratically elected Islamist president, led Ankara to embrace an active regional role supporting its Islamist allies and friends. This included advancing Turkish regional ambitions, in line with President Recep Tayyip Erdoğan’s view of Turkey as an heir of Ottoman heritage and power.

Turkey, employing soft and hard power, has become politically or militarily involved in Lebanon, Syria, Iraq, Libya, and Qatar, whittling away at Arab leadership and policies in the Arab world, especially those of Saudi Arabia, Egypt and the UAE. No less significant, Ankara has taken on the mantle of defending the Palestinian cause at a time when a number of Arab countries have deepened their relationship with Israel. No wonder that Saudi Arabia, Egypt, and the UAE regard Turkey as a strategic adversary.

MY: How realistic is it to assume that Lebanon’s Sunni community would shift its allegiances from the Sunni-majority Arab countries to Turkey?

RR: Many Sunnis still appreciate and feel indebted to the Arab Gulf’s support and benefaction toward Lebanon, especially Saudi Arabia, added to the fact that many Lebanese are gratefully employed in the Gulf. Fundamentally, however, the Sunni attraction to Turkey has more to do with Saudi Arabia’s retreat from Lebanon than the Sunni community’s shifting its allegiance to Turkey.

In addition, two major factors have enhanced Turkey’s image among Lebanon’s Sunnis. Broadly speaking, the Sunni community perceives Turkey as the most potent Sunni power to stand up to Lebanon’s Hezbollah following its military intervention in Syria. The other factor is Turkey’s comprehensive humanitarian aid that has helped Sunnis across Lebanon, especially in depressed areas of northern Lebanon—in Tripoli and ‘Akkar—and Sidon. Turkish organizations, led by the Turkish Cooperation and Coordination Agency, the Turkish Red Crescent, the Beirut Yunus Emre Turkish Cultural Center, and the Presidency for Turks Abroad and Related Communities have established schools, hospitals, shelters, parks, and cultural centers, and have implemented wastewater projects and rehabilitated water systems in Sunni-majority towns and villages. These organizations have also provided the less privileged in the Sunni community with food assistance and basic needs.

Recently, Turkey immediately sent humanitarian aid to Lebanon following the horrendous Beirut port explosion on August 4. This has only deepened Turkish influence at the expense of Saudi sway within the Sunni community. Such influence is reflected in the fact that Turkish flags and banners have replaced those of Saudi Arabia in many Sunni neighborhoods.

MY: How do Turkish-Iranian relations play out in Lebanon? Do you anticipate a time when the Turks might seek to contain the power of the Iranian-backed Hezbollah?

RR: Despite their adversarial roles in Syria, Turkey and Iran have cooperated on a range of shared regional concerns. Both are parties to the Astana peace process for Syria. Iran has supported the Turkish-backed Libyan Government of National Accord. Turkey has criticized U.S. sanctions against Iran, and both are critical of recent Arab peace agreements with Israel.

However, this cooperation is virtually absent in Lebanon. In fact, Turkey and Iran’s powerful proxy there, Hezbollah, are at loggerheads. Their mutual hostility is playing out in Lebanon both in their actions and rhetoric. In the same fashion as Lebanon’s Islamists and Salafis, Turkish leaders have demonized Hezbollah as the party of Satan. Turkey has also forged good relationships with Lebanon’s Islamists and haraki (activist) Salafis, who have been strongly opposed to Hezbollah.

In turn, besides criticizing Turkey, the Hezbollah-controlled government of caretaker prime minister Hassan Diab has been keen to curb the power of pro-Turkish, anti-Syrian regime activists. Nevertheless, Turkish influence in northern Lebanon has become so deep and popular that it has already become a barrier to Hezbollah’s unreserved power. Turkey has the power to mobilize the Sunnis in northern Lebanon against Hezbollah. However, this influence has not yet been reflected in the state’s military and security apparatus.

MY: What are the consequences of the fact that pro-Turkish Lebanese are seeking to silence Lebanon’s Armenians who have denounced the genocide of 1915? Is this an obstacle to Turkey’s soft power in Lebanon and to any potential effort to appeal to all communities?

RR: Initially, Armenians were critical of the Islamist Jama‘a Islamiyyah and former parliamentarian Khaled Daher for taking the lead in opposing the centenary commemorations of the Armenian genocide. Until recently Lebanese communities stood in solidarity with the Armenians during genocide commemorations. Armenians today are shocked to see counterdemonstrations and public justification of the genocide by leading Lebanese Turkmen. Thousands of Turkish flags flutter in major Sunni neighborhoods each time Turkey is criticized. Clearly, Turkey has grassroots support within the Sunni community, which has paid little attention to Armenian grievances. Similarly, given the numerical and political weakness of the Armenian community in multisectarian Lebanon, Turkey has not factored Armenian concerns into its policies toward the country.

MY: Can we anticipate a spread of Turkish influence throughout the Middle East, or do the Turks face significant pushback?

RR: I don’t expect major further expansion of Turkey’s influence in the Middle East. Its involvement there is already broad, deep, and costly. Yet I also don’t underestimate Turkish appeal in Arab societies thirsting for leadership and a better life. However, that is not to say that Turkish leadership will replace Arab leadership. Turkey has laid a claim to regional leadership that cannot be denied or eliminated. Who could have imagined that Turkey would have influence in Lebanon, whose sectarian groups had strong historical reservations about Ankara? The main obstacles to Turkish regional expansion are the poor state of the Turkish economy, domestic opposition to Erdoğan, and the Kurdish question and its ramifications for Turkey and Turkish involvement in Syria and Iraq.